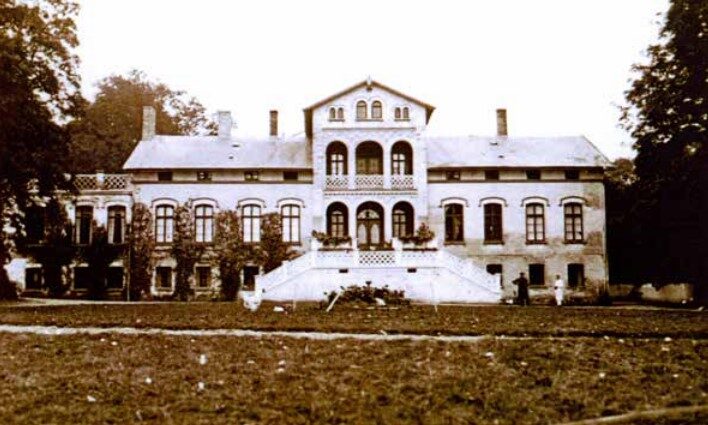 The roots of the Pohnstorf estate go back to the 15th century, when it belonged to the von Stahl family as a knights manor. Until the end of the 18th century the manor had several changes of ownership. Among others, in the 18th century it was owned by the well-known von Knesebeck family (Ludolf Otto von dem Knesebeck and Eggert O.H. von dem Knesebeck), who then sold it to the von Pentz family. In 1808 the estate was insolvent and was administered. According to the Prussian administrative forms, estates were then allowed to become bourgeois – which was then also the case in Pohnstorf (almost continuously until today). From 1815 on, Gut Pohnstorf was managed by the Rostock merchant family Wiechert, who had the manor house rebuilt in its present form. (the previous seat was above the cow barn – you can still see the old path running straight towards it and leading to the former main gate, where the alpacas stand today).

From 1869 the Moennichs took over, they were innovative farmers who were the first Mecklenburgers to use saltpeter fertilizer from Chile on the then 639 hectares of land from the Pohnstorf estate.

From 1899, the estate then belonged to the remarkable Wessel couple, both spouses were industrialists and ran cement factories; one of them was the “Julia Theresa Nugent” cement factory in Lägerdorf. The couple bought Pohnstorf as a weekend residence and had the annex built, probably as the residence of their administrator. (Extension: Margarete vacation home). The ashes of the couple are enthroned in the mausoleum above Pohnstorf, which they also had made. At the end of the twenties the estate became insolvent again and was bought by the merchant Martz from Teterow, who owned it until the end of the National Socialism.

During the GDR, the house was the center of the village with a kindergarten, “Konsum”, banquet hall, post office, library and many apartments. After the reunification, the house became empty and somewhat dilapidated. As a result, some resourceful minds tried different concepts. After 2010, the first vacation apartments were developed, and in April 2018 Kamila and Fabian Sösemann took over the estate.

Manor house in the 19th century, still without annex. 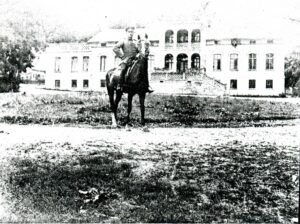 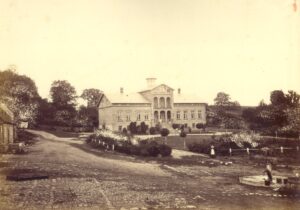 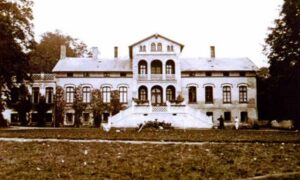 Manor house during the GDR 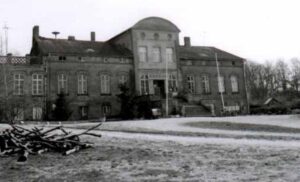